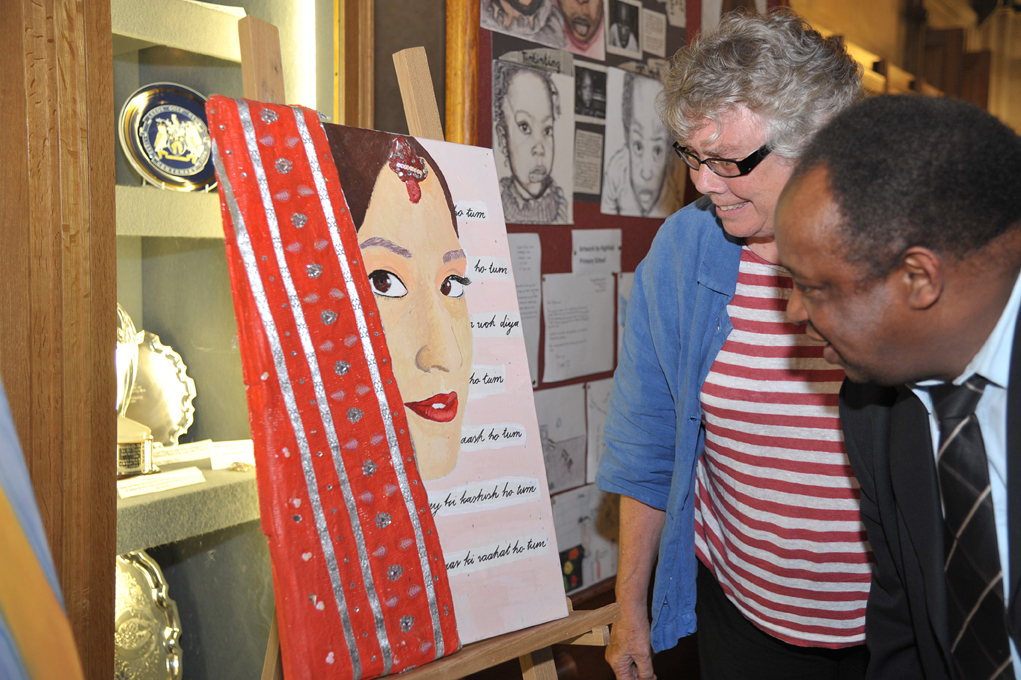 In Refugee Week 2013 we held an art exhibition at the Together for Leeds conference in the Civic Hall. Two schools presented works of art by their students: Loanswood Highschool, which also works towards the Schools of Sanctuary award, and Highfield Primary school.

The young artists from Lawnswood presented mixed media works relating to the issues of seeking sanctuary, inclusion and multiculturalism. Children from Highfield presented their creative response to a talk they listened to from a refugee woman, who told them about her journey to safety. The children wrote letters to the speaker, which were also presented alongside the drawings.
The art works were a beautiful and moving contribution to the event, and we thank the children and staff who took part in it. 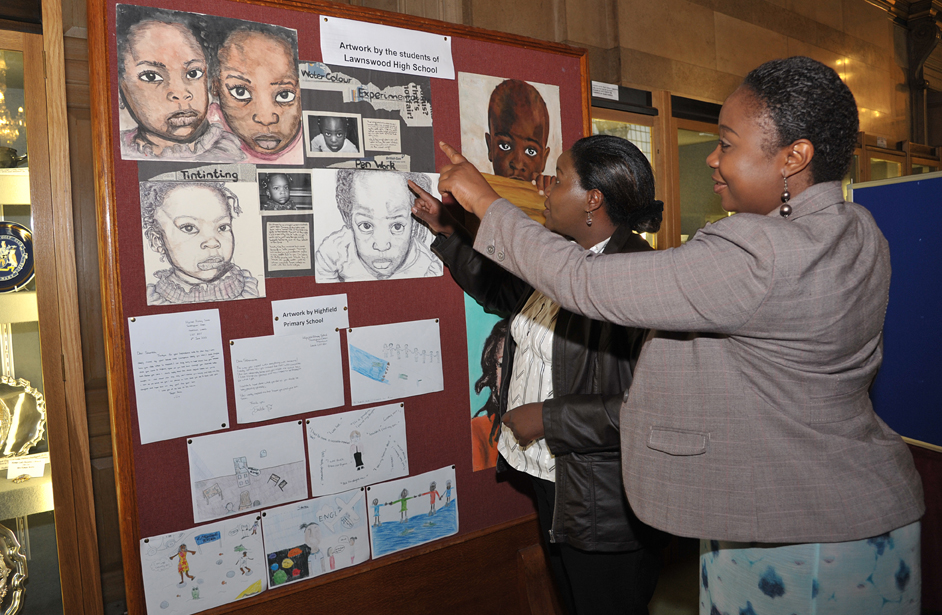 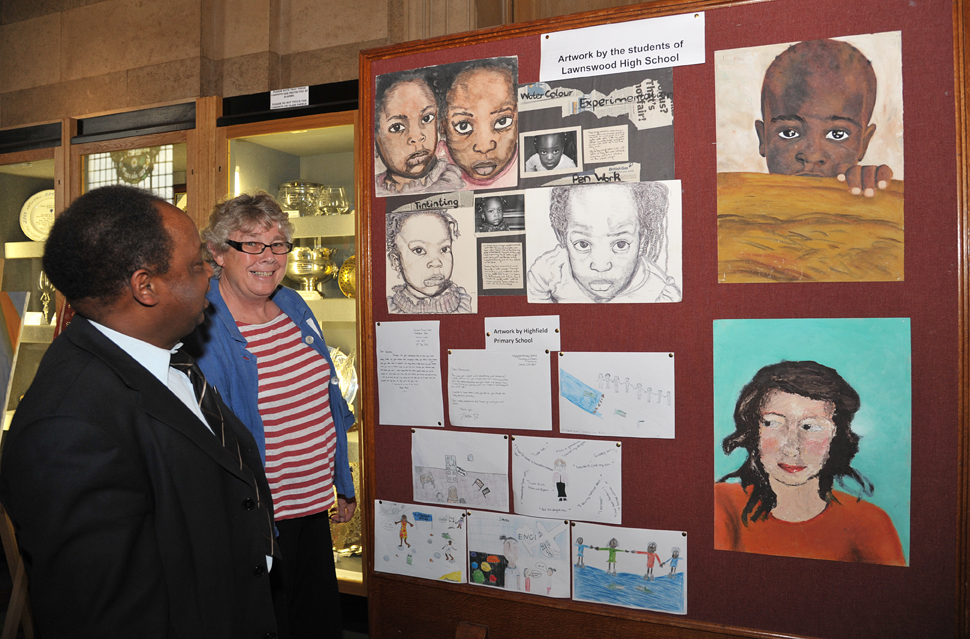